The store will not work correctly in the case when cookies are disabled.
Free STANDARD SHIPPING on Orders over $50
Details

Most Orders ordered by 3PM EST Monday through Friday will ship Same Day. Does not include holidays. Order after 3PM EST Friday and your order will be shipped the following Monday afternoon except on holidays.

Skip to the end of the images gallery 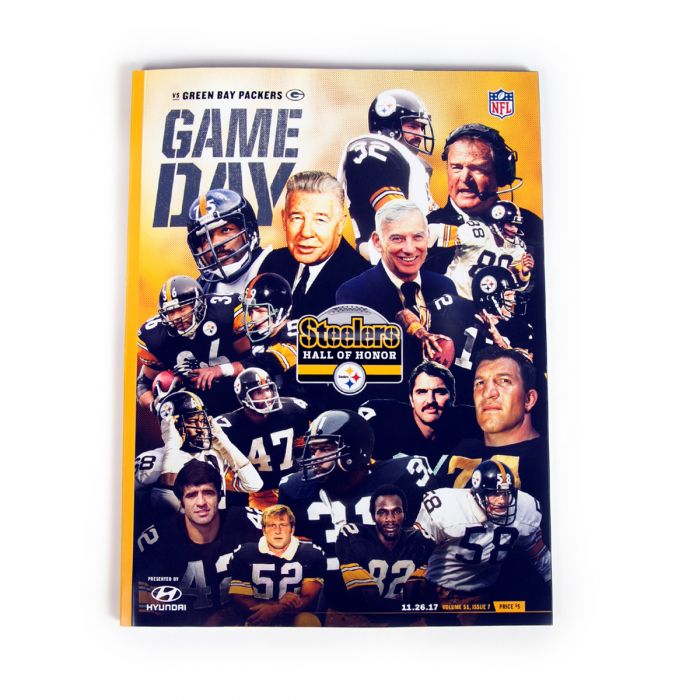 Exclusively offered at the Pittsburgh Steelers Pro Shop, this Steelers vs. Packers Game Day program features the 2017 Hall of Honor class. The Hall of Honor was created to honor former players, coaches and front office personnel who were integral in creating and sustaining the franchise’s success dating back to when the team was founded in 1933.